(Or least in my view something that perceived to be art.)

The following post is an idea I had last year. And I did not like how it was coming together. I put it aside. It got lost in my files of notes.

Researching items and services on the Net. A lot of noise is readily available. Customer Reviews are pretty much hack and cliché writing. Along with being divided. It is the greatest thing (5 stars) or it pretty much sucks (1 star). Does anyone know the concept of “Ebbs and flows”? There is the compromise of the “middle ground”. Nothing is perfect. But some parts do function. There is the concept of Wabi-Sabi. The Japanese atheistic view that the world is “imperfect”. And yet still is able in some way to be functional.

It seems to be a “broken world”. But there is a chance for repair. The Japanese concept of Kintsugi (“golden repair). They would take broken pottery and fill the cracks with gold, silver or platinum. it treats breakage and repair as part of the history of an object, rather than something to disguise. This what history is. It is the Good. It is the Bad. And trying to amp up one side and deny the existence of either. It is a Fool’s Game.

Searching my book shelves trying to find a certain title. Came across the book “Don’t Sweat the Small Stuff…and it’s all small stuff” by Richard Carlson (1997). I forgot I even had it. And I don’t even remember how I came to have it either. So, over the next few mornings I would skip around and through the various chapters. Chapter 53 really stuck with me that I kept rereading. 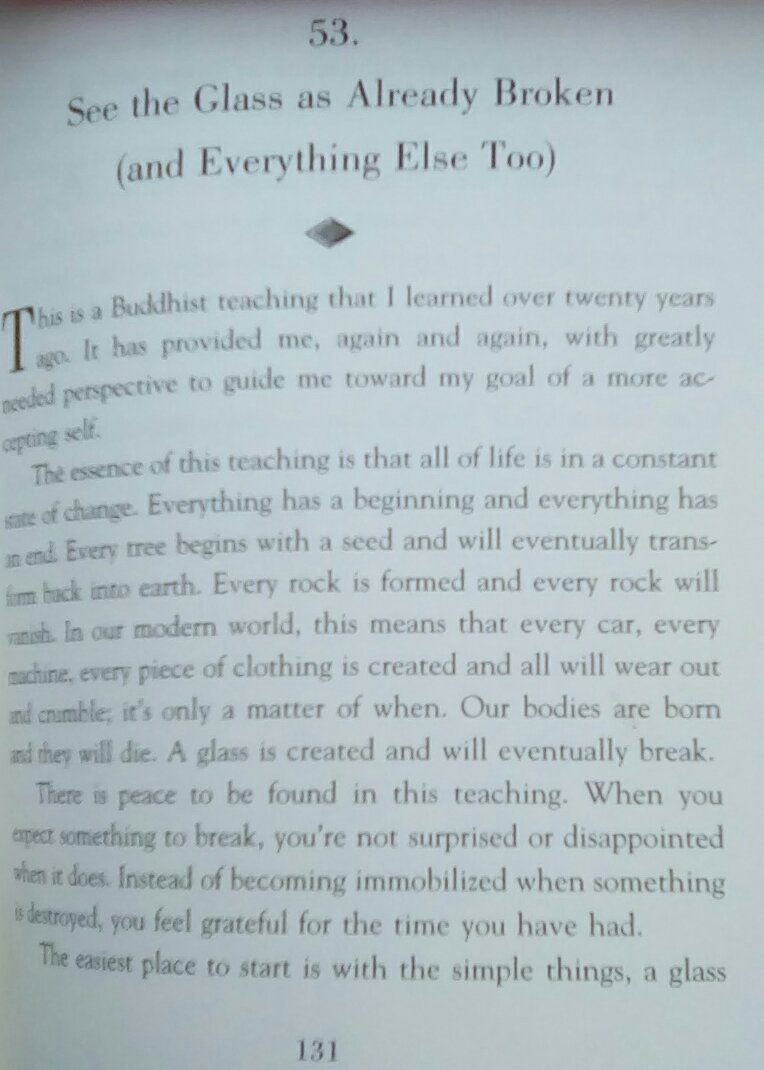 This mug was on a shelf. I colored out the organization’s name because what I want to do here is not meant to be a slight to them. The place I got this one from has been part of me for close to 40 years.

I get a mug from them almost every year. Plus, out of them. This one had the color I wanted to use. So, I whacked it with a hammer. And then I set about trying to reassemble it back together. I wanted make a reminder for myself. That things and people have their time and place. But time is going to change two things. It is what time is good at doing.

And at a consistent rate on top of it. History. Good. And Bad. 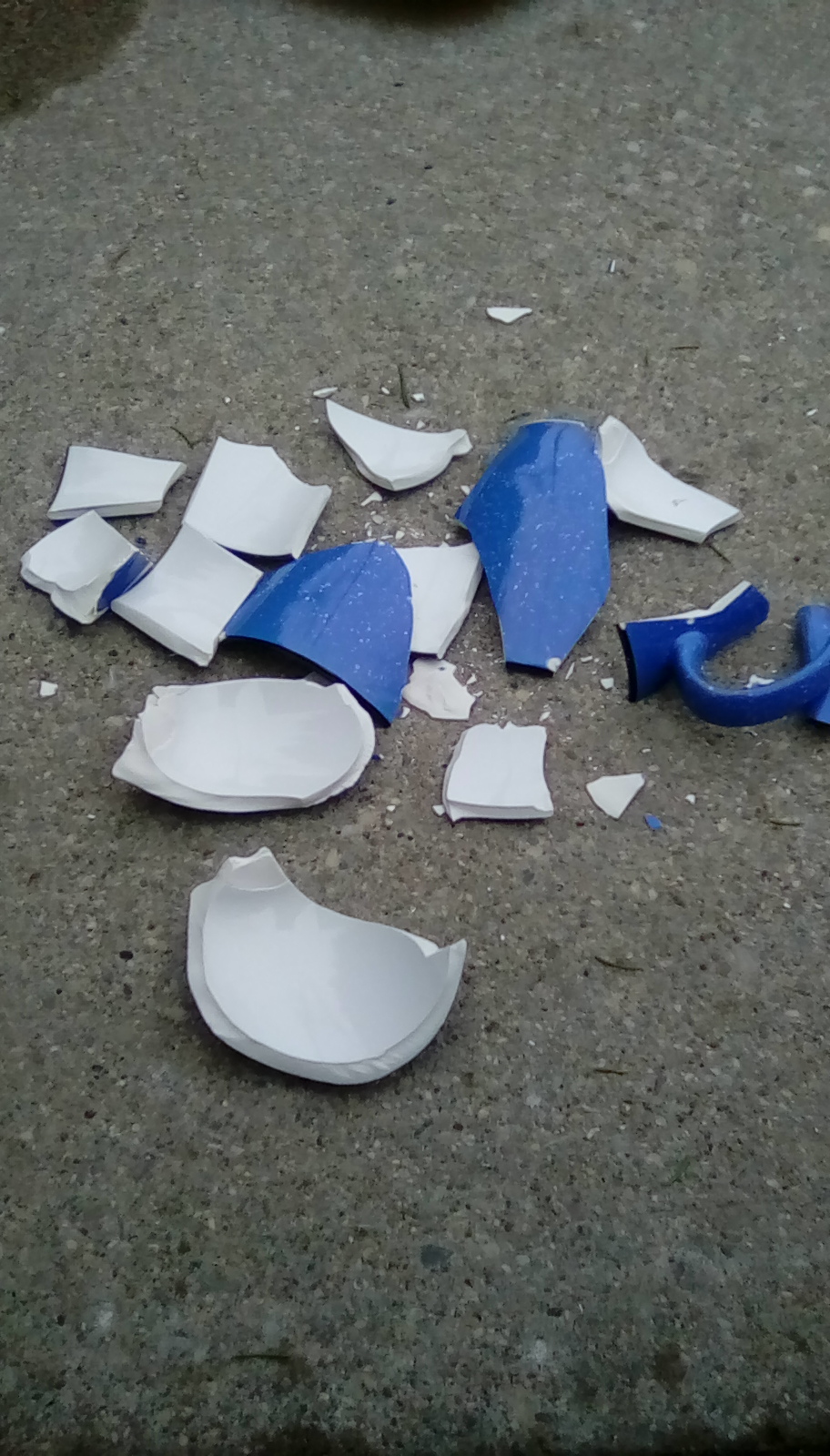 Ending up “Humpty Dumpty-ing” it.

Less than 30 seconds to make the pieces. And about two weeks to glue as many of them that I could glue back together again.

The pieces would not go back perfectly. Even after trying to grind a few to get them to fit.

A lesson in Unintended Consequences. My original plan vs what happened. Along with me lower quality of mathematical abilities. My “calculations” were very “off”. My imagination for how this was supposed to go vs. the reality of my best of intentions.

Gorilla Glue is a messy “medium” to work with. It does have strength. It does bond. But it is inconsistent and imperfect in doing so. A bit of Wabi-Sabi came to play. In the end, I couldn’t fit all the pieces. Had to surrender the effort. Maybe the empty spaces are those things that need to forgotten. Or maybe it is for the idea to clear space for new things to fit.

The Mug with all of its imperfections is back on the shelf. The place and the organization are still going to be there for me. It is what is was. But time is changing what it is in the moment. That is the cycle. I know my view may not be completely shared by those who were and are there now.

Everyone, got their own “Mug”. But everyone views and interacts with it with their own internal process.

With and against time.

As it always will. And none of us are the Center of the Universe.

This site uses Akismet to reduce spam. Learn how your comment data is processed.